Is It A Sin To Get A Tattoo of A Cross? 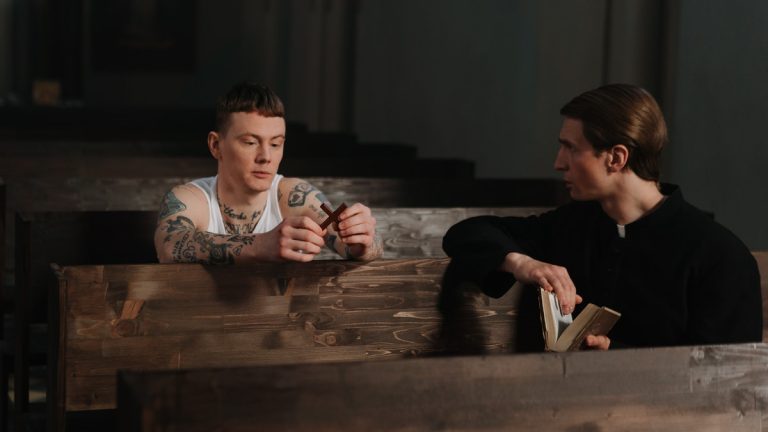 There is no clear answer when it comes to whether or not it is a sin for Christians to get tattoos of crosses. Some people believe that as long as the tattoo is not used in place of worship, then there is no problem with having one. Others believe that any type of tattoo is unacceptable for a Christian.

Is it a sin to get a tattoo of a cross?

If you are considering getting a cross tattoo, be sure to prayerfully consider your decision and seek guidance from God. Ultimately, He is the one who will guide you on the path that is best for you. But in all honesty, don’t get a tattoo.

What does the Bible say about tattoos in Revelations and Leviticus?

The Bible doesn’t specifically mention “tattoos”, but there is a passage in the book of Revelation that refers to the “mark of the beast.” This is sometimes interpreted as a reference to tattoos, and some Christians believe that getting a tattoo is a sin because it could be seen as an endorsement of the devil. Others believe that tattoos are not inherently sinful.

Leviticus 19:28 KJV says, “Ye shall not make any cuttings in your flesh for the dead, nor print any marks upon you: I am the Lord..” For many Christians, this is taken as a clear indication that getting a tattoo is a sin.

Getting a tattoo is akin to fulfilling the desires of your flesh, as you’d be keen to show off your tattoo to anyone that cares to see it. It’s best to stick to the instruction of God in Leviticus 19:28, and not get a tattoo on ourselves.

What if I had a tattoo before I became a Christian?

As a Christian, you should try to cover up your tattoo or remove it as soon as possible. If it was a cult/group tattoo, it’s imperative to have it removed so as to make it clear to everyone that you are no longer a part of that former group.

Join 13 other subscribers and get the word delivered to your inbox.

Is Sowing Of Financial Seed Biblical?

Encourage Yourself In The Lord Verse Meaning

Prayer Points To Cancel Evil Plan Of The Enemy Against You

The Ministry Of Angels And How To Activate Them

How To Pray For Someone Under Spiritual Attack